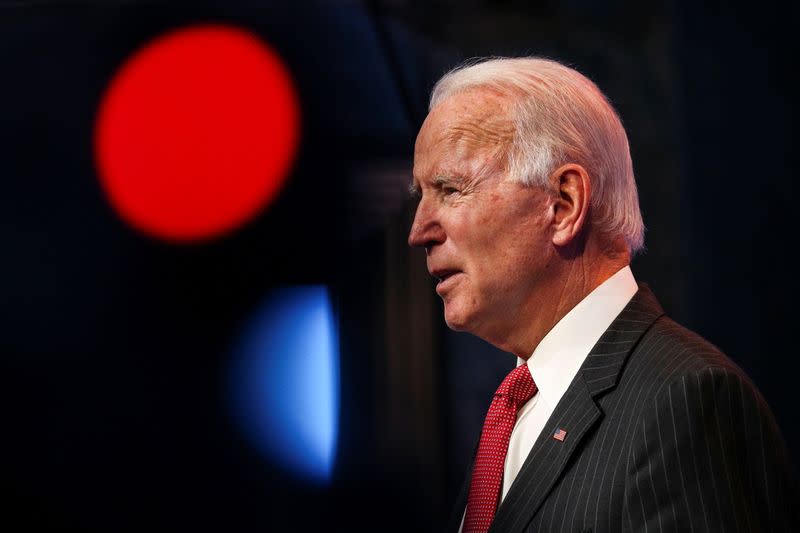 By Jonathan Landay and Mark Hosenball

WASHINGTON (Reuters) – Avril Haines, tapped by President-elect Joe Biden to be the top U.S. spy, is a former CIA No. 2 who would be taking over as the chief overseer of a U.S. intelligence community beset by low morale and charges its work has been used for political attacks.

A lawyer from New York, judo brown belt and licensed pilot who once tried unsuccessfully to fly a small plane across the Atlantic Ocean, Haines is the first woman named as director of national intelligence, a post created after the Sept. 11, 2001, attacks to coordinate the work of the 17 U.S. intelligence agencies.

Republican and Democratic Senate sources said Haines is expected to win confirmation – but not without some hard questioning about her role as deputy CIA director from August 2013 to January 2015 and her views on national security challenges, from Russia to cyber warfare.

“Avril is smart and capable,” said Mark Warner, the top Democrat on the Senate Intelligence Committee. “I expect that she will face rigorous questioning from senators on both sides of the aisle.”

At the CIA, Haines accepted a review board’s recommendation not to discipline CIA officials involved in monitoring computers used by intelligence committee staffers to draft a report on the agency’s detention of suspected extremists subjected to brutal interrogation methods widely condemned as torture.

Speaking earlier this year with the Daily Beast, Haines said she found the recommendation “persuasive” and unrelated to the report or the interrogation program, and she condemned torture as “immoral.”

She returned to the White House as former President Barack Obama’s deputy national security adviser. There, she steered a decision to expand U.S. refugee admissions as the Syrian civil war unleashed a refugee flood, arguing that doing so contradicted Islamist extremists’ anti-Western messages.

If confirmed, Haines would confront low workforce morale fueled by President Donald Trump’s attacks on intelligence agencies and their assessments and his ousters of career officials he considered disloyal.

She would succeed John Ratcliffe, a former Texas congressman with scant intelligence experience when he was chosen in February by Trump after vigorously opposing Trump’s impeachment.

Democrats and former intelligence officials accuse Ratcliffe of declassifying intelligence for use by Trump and his Republican allies to attack political opponents, including Biden, a charge Ratcliffe’s office has denied.

“The sooner we can get a confirmed DNI in place to start fixing the damage the last four years have done to our intelligence agencies, the better,” said Warner.