It is with a sense of pride that Melbourne artist Robert House gazes at the latest addition to his art collection.

Mr House, who was sexually abused at an orphanage in Sydney as a young boy in the late 1960s, commissioned friend and artist Peter Daverington to create a painting to honour survivors of child sexual abuse and the fight for justice.

“I wanted to lock it in history and make sure that the story is told for generations to come. And, mainly, the victory of the story, not so much the bad side of the story but the reason to fight for a cause and never give up until you achieve what you want,” Mr House told SBS News. Robert House commissioned the painting to document the fight for justice for people abused in care.

The battle for survivors to be heard and believed will culminate on Monday when Prime Minister Scott Morrison delivers a national apology to them.

Mr House will travel to Canberra with his two children and ex-wife to hear it.

“The suffering never goes, the pain never goes, but it would be a hell of a lot worse if it wasn’t for people acknowledging it.”

His new artwork will also be unveiled at Parliament House on the same day by former prime minister Julia Gillard, who set up the Royal Commission into Institutional Child Sexual Abuse.

Mr Daverington, who is now based in New York, told SBS News it was a difficult brief, but he was determined to do justice to the stories of Mr House and other survivors.

Inspired by the 19th Century painting Raft of Medusa, he decided to use the metaphor of children floating on a precarious raft. The painting was inspired by the 19th century Raft of Medusa.

“They’re seemingly abandoned, by the state, by the people who were entrusted with their care, but, also, on the other hand, they’re survivors, victorious in the sense that they’re still alive and they’re fighting for their lives and for their rights.”

The painting, called Raft of the CLAN – a reference to advocacy group Care Leavers Australia Network – also pays tribute to those instrumental in the royal commission. The faces of key people form the painting’s border. Renowned Australian artist Peter Daverington, who is now based in New York, met with survivors as he developed ideas for the painting.

“The people reflect the many walks of society, from the royal commissioners to the politicians to friends who support you to CLAN, who most probably has been one of the main activist groups to get this royal commission up off the ground and to get the truth being told,” Mr House said.

The apology to survivors was one of 104 recommendations from the royal commission late last year.

Survivor advocate Leonie Sheedy, who heads Care Leavers of Australia Network and was abused herself, says it will be a “watershed moment” and make people more aware of the trauma so many children in orphanages and foster care experienced. 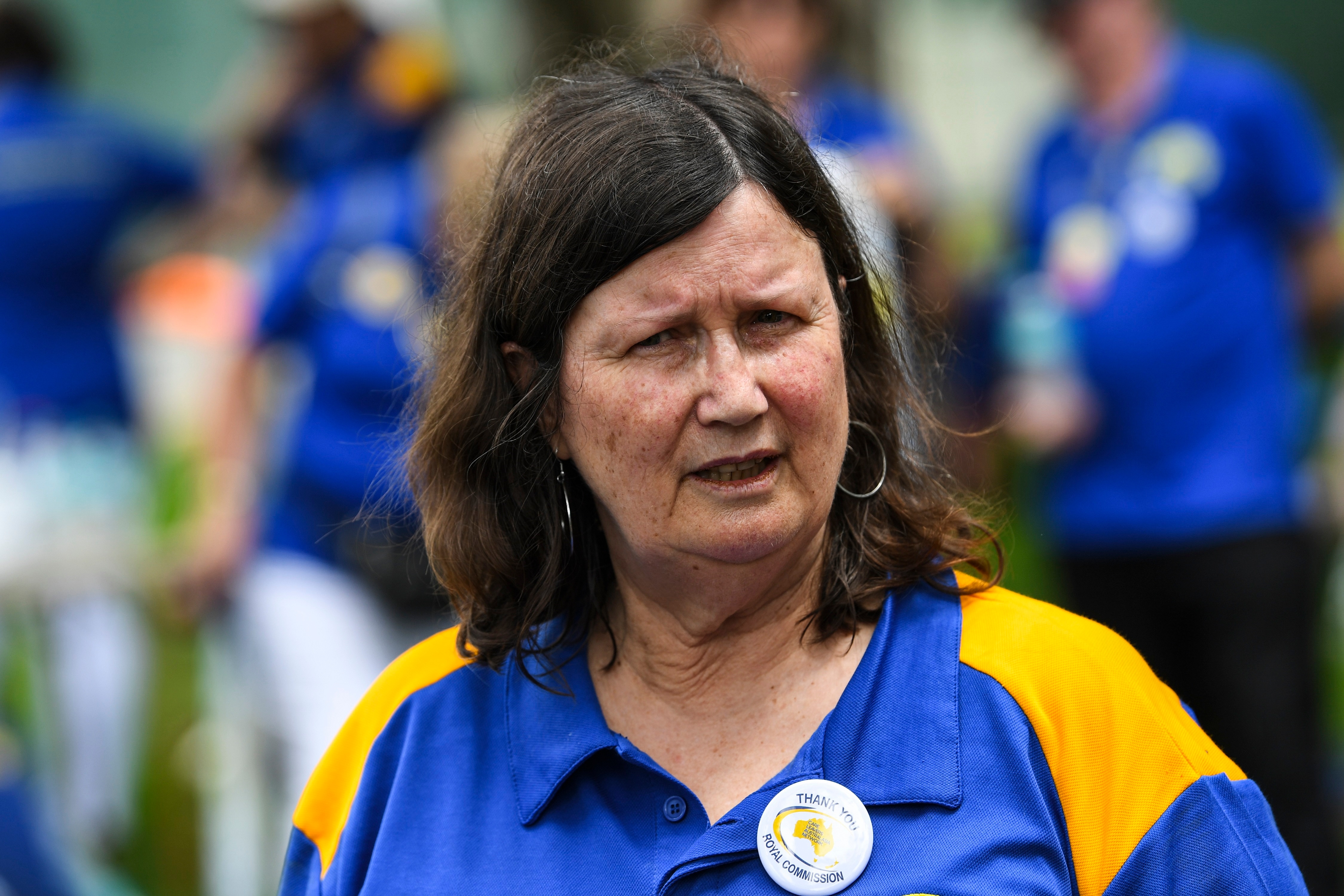 Ms Sheedy will be among 800 survivors in parliament for the historic occasion.

She almost decided to boycott the apology over concerns with the redress scheme but says a last-minute phone call from Mr Morrison convinced her changes would be made.

She says the apology must be accompanied by action and problems with the redress scheme for victims to claim compensation must be fixed.

“There’s so many things wrong with it. Like, I told the prime minister last Friday to pulp the application.”

While Monday is expected to be a momentous day for many, it will also be a difficult one.

Yvonne Porter, manager of Wattle Place, run by Relationships Australia in Sydney said: “There are many people who aren’t attending anything and will quietly mark the day in their own way – or try to ignore the day to manage.”

She says services like Wattle Place are providing extra support to those dealing with the memories triggered by the apology.

“Some people withdraw and take some time for solace and reflection, and other people reach out and connect with our clinical team here, our counsellors and caseworkers who they have a connection with and feel comfortable with.”

Mr House knows it will be an emotional experience, but says he’s more than ready for it.

“There’s been a lot of emotions over my whole life, but this one is kind of a victorious emotion. It’s not a despair, where once there was just despair. That’s lost.

“We’ll just band together with the people we know, and we will share a good time and have a drink and, you know, know that we’ve really done something worthwhile with our suffering and pain.”

SBS News will broadcast the National Apology live on Facebook and Twitter from 11am AEDT on Monday.

Trump and his aides are discussing whether mortality rates and death projections used by the administration are reliable indicators moving forward, officials say

Texas Republican Rep. John Ratcliffe to be nominated for director of national intelligence