Independent Kerry Phelps is still tracking to claim a historic by-election win despite postal votes giving the coalition hope it could hang on to Wentworth.

Dr Phelps claimed victory on Saturday night when she achieved an unprecedented swing of more than 20 per cent against the Liberal Party in the eastern Sydney seat.

But that changed on Sunday as the margin between the two narrowed to 1186 votes while postal ballots were still being counted.

Holding our breath for the AEC count. This is a white knuckle ride.
Whatever the outcome, I am enormously proud of the work of my volunteers and campaign team. #WentworthVotes

Mr Morrison told reporters on Sunday the result was not final and would depend on the postal vote count.

But he said it was clear the electorate was furious about Malcolm Turnbull, who had been the member for Wentworth since 2004, being ousted as prime minister in August.

Kerryn Phelps opens up on her historic win.

“Liberal voters expressed their anger at the parliamentary Liberal Party … and we copped that fairly on the chin,” Mr Morrison said.

“The events of two months ago angered and outraged many Liberals and particularly those in the seat of Wentworth.”

ABC election analyst Antony Green, who called the win for Dr Phelps on Saturday night, said the count for four pre-poll booths and postal votes was done late on the night.

He said voting booths skewed to Dr Phelps on Saturday, showing there had a been a late surge for her. 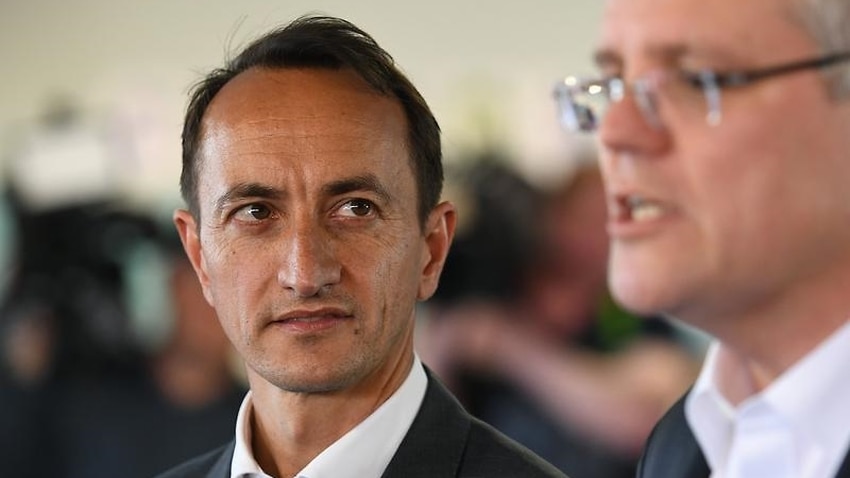 Liberal Candidate for Wentworth Dave Sharma could still pull a win out of the hat.

If Dr Phelps is confirmed the winner, there will be a cross bench of six members in the House of Representatives, with Labor holding 69 seats and the coalition one short of a majority with 75.

She said running in the by-election was the “farthest thing from my mind” until Mr Turnbull was dumped as prime minister.

“Everywhere I went in the streets in the eastern suburbs, somebody would come up to me and say, ‘Would you please have a run at Wentworth?’,” Dr Phelps told ABC TV on Sunday.

Despite heading towards a minority government, Mr Morrison has talked up the coalition’s relationship with the crossbenchers.

“What I will continue to do is be working closely with the crossbenchers, as I have been doing, because … we have been at 75 (seats), not 76, since the former prime minister resigned,” Mr Morrison said.

Reaction to the by-election result from crossbench members has been mixed, with Bob Katter and Rebekha Sharkie joining Dr Phelps in saying they would prefer to see the government run its full term.

Independent Andrew Wilkie said he would not guarantee confidence, while fellow crossbencher Cathy McGowan is yet to comment.

But Greens MP Adam Bandt said an election had to be called and the “the sooner we turf out this rotten government, the better”.

Dr Phelps said she would set two priorities as an MP: action on climate change and getting asylum seeker children off Nauru.

She might also lend support for a national integrity commission that has been promoted by Labor, the Greens and crossbenchers for some time.

The country’s Prime Minister says the move will protect citizens, especially the most fragile