The two men, accompanied by their wives, embraced after Moon walked down the steps of his aircraft, before talking for a few minutes ahead of a welcome ceremony and a field gun salute, television pictures showed.

Moon — whose own parents fled the North during the 1950-53 Korean War — will make a three-day trip, following in the footsteps of his predecessors Kim Dae-jung in 2000 and mentor Roh Moo-hyun in 2007. 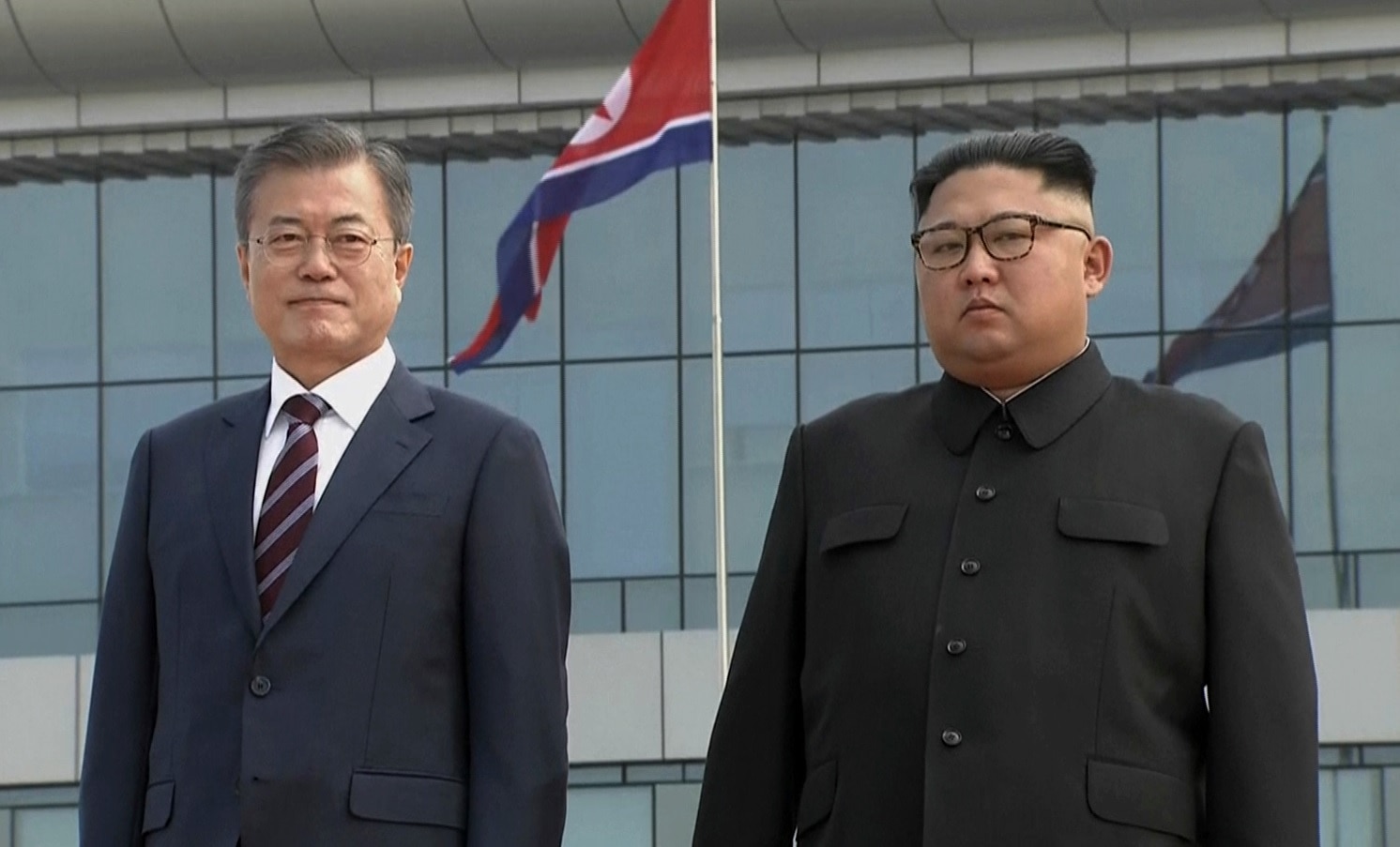 The rare visit comes amid a rapid diplomatic thaw on the peninsula that has seen Moon and Kim exchange brotherly hugs and warm smiles at their first meeting in April at the Demilitarised Zone dividing the peninsula.

The North’s Korean Central News Agency (KCNA) said the summit “will offer an important opportunity in further accelerating the development of inter-Korean relations that is making a new history.”

Moon, who met Kim again in May, was instrumental in brokering the historic summit the following month between US President Donald Trump and Kim in Singapore, when Kim backed denuclearisation of the Korean peninsula.

But no details were agreed and Washington and Pyongyang have sparred since over what that means and how it will be achieved. 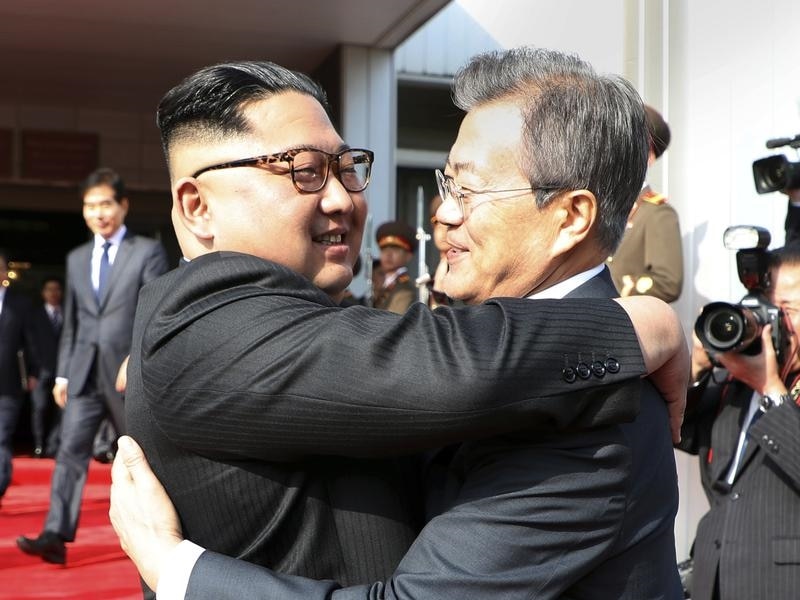 The US is pressing for the North’s “final, fully verified denuclearisation,” while Pyongyang wants a formal declaration that the 1950-53 Korean War is over and has condemned “gangster-like” demands for it to give up its weapons unilaterally.

US Secretary of State Mike Pompeo spoke by telephone with South Korean Foreign Minister Kang Kyung-wha on Sunday and Monday about the upcoming summit, a State Department statement said.

The pair “vowed to maintain close coordination on continuing DPRK denuclearisation efforts and inter-Korean dialogue and cooperation,” it said, stressing “the importance to maintain pressure until we achieve the shared goal of final, fully verified denuclearisation of the DPRK.”

The dovish South Korean president will hold at least two meetings with the North’s leader, where he will try to convince Pyongyang to carry out substantive steps towards disarmament.

“We will push for North Korea’s advanced denuclearisation and a reciprocal measure from the US by swiftly reviving sincere dialogue aimed at establishing new, peaceful relations,” Moon’s chief of staff Im Jong-seok said.

Moon will be accompanied by several business tycoons — including Samsung heir Lee Jae-yong and the vice chairman of Hyundai Motor — and is scheduled to visit key sites in Pyongyang with his delegation.

He has been pushing inter-Korean economic cooperation but several South Korean newspapers urged caution Monday, with the Korea Herald calling the businessmen’s presence on the trip “untimely.”

“It is better to postpone economic projects involving the North until after negotiations to remove its nuclear program make substantial progress,” it said in an editorial.

And investment in the North was “fraught with risks and uncertainty,” it added.

But Moon’s office said the inclusion of the businessmen was “not special,” given the heads of major conglomerates had been in Pyongyang for the previous inter-Korean summits in the city.

Other issues on Moon’s agenda include improving inter-Korean ties and easing military tensions on the peninsula.

Seoul said that could lay the groundwork for a formal declaration on the Korean War, when hostilities ended in an armistice rather than a peace treaty — implying that such an announcement was unlikely during the trip.

UAW says its 49,000 members at GM plants will go on strike

Trump and his aides are discussing whether mortality rates and death projections used by the administration are reliable indicators moving forward, officials say