Detectives investigating the death of a woman in her northern Wollongong home on Friday have released a photo of a man they say could help with their inquiries.

Police are hunting the killer of Kristie Powell, who was found dead just metres from her five-month old son in their Bellambi home.

The child was found unharmed by police who were called to the house about 1am. Kristie Powell, 39, was found dead about 1am by a friend.

It’s understood a friend of Ms Powell made the grisly discovery and called emergency services. It’s unclear how long she lay undiscovered.

Police said they wanted to speak to Bhanu Kirkman, 29, who is known to frequent the Illawarra, Shoalhaven and Sydney areas.

He  is described as being of Indian or sub-continental appearance, around 180cm to 185cm tall, with a large build and black hair. 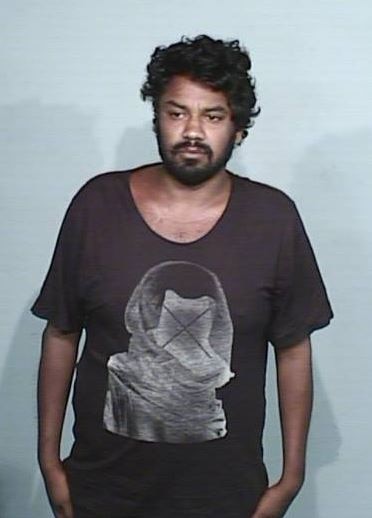 Bhanu Kirkman, aged 29, is described as being of Indian / Sub-Continental appearance.

Anyone who sees him is urged not to approach him but to call triple zero.

On Friday, police said the victim was covered in a “significant” amount of blood when found.

Ms Powell, 39,  earlier in the year posted to Facebook saying she had a stalker who would message her death threats, prompting her to stop answering calls from private numbers. 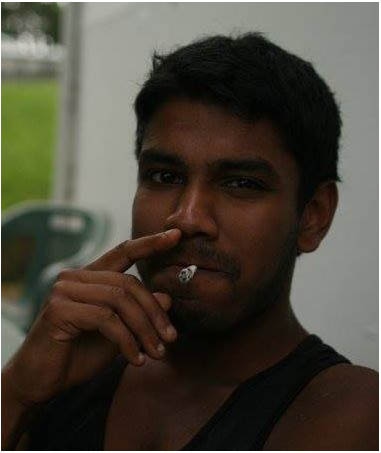 Police have warned people not to approach the 29-year-old.

“Even tho most of his messages say ‘Die Kristie Die’ he doesn’t approach me or my house, he just calls me or sends me msgs (sometimes I get over 100 a day!) But none of them make any sense!,” Ms Powell said in the March post.

In another post she said the stalker called himself “The Reaper”.

Anyone with further information about Ms Powell’s death is urged to contact Crime Stoppers on1800 333 000.