NASA has launched its $ 1.5 billion spacecraft designed to “touch the Sun”.

“Three, two, one and liftoff!” said a NASA commentator as the Parker Solar Probe soared skyward aboard a Delta IV-Heavy rocket from Cape Canaveral, Florida at 3:31 am (0731 GMT).

Yesterday’s planned liftoff was delayed when a red flag appeared during the final checks.

The unmanned spacecraft aims to get closer than any human-made object in history to the center of our solar system.

NASA says the historic mission will help protect the Earth by unveiling the mysteries of dangerous solar storms.

The probe is designed to plunge into the Sun’s atmosphere, known as the corona, during a seven-year mission.

It is protected by an ultra-powerful heat shield that can endure unprecedented levels of heat, and radiation 500 times that experienced on Earth.

NASA has billed the mission as the first spacecraft to “touch the Sun.”

In reality, it should come within 3.83 million miles (6.16 million kilometers) of the Sun’s surface, close enough to study the curious phenomenon of the solar wind and the Sun’s atmosphere, known as the corona, which is 300 times hotter than its surface. 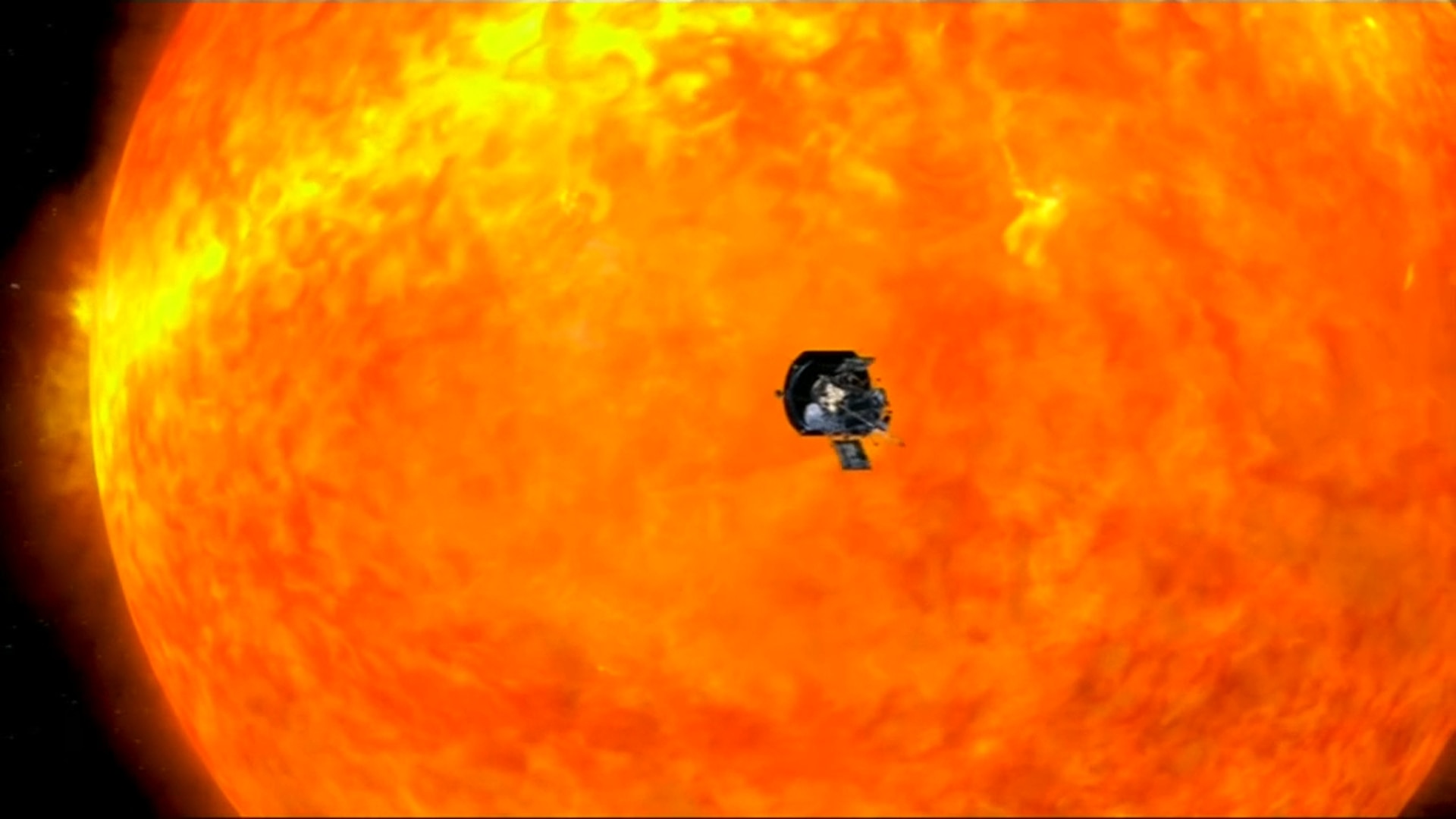 The daring ‘sun probe’ will get closer than any human-made object in history to the centre of our solar system.

The car-sized probe is designed to give scientists a better understanding of solar wind and geomagnetic storms that risk wreaking chaos on Earth by knocking out the power grid.

These solar outbursts are poorly understood, but pack the potential to wipe out power to millions of people.

A worst-case scenario could cost up to two trillion dollars in the first year alone and take a decade to fully recover from, experts have warned.

“The Parker Solar Probe will help us do a much better job of predicting when a disturbance in the solar wind could hit Earth,” said Justin Kasper, a project scientist and professor at the University of Michigan.

Knowing more about the solar wind and space storms will also help protect future deep space explorers as they journey toward the Moon or Mars.

The probe is guarded by an ultra-powerful heat shield that is just 4.5 inches (11.43 centimeters) thick, enabling the spacecraft to survive its close shave with the fiery star. 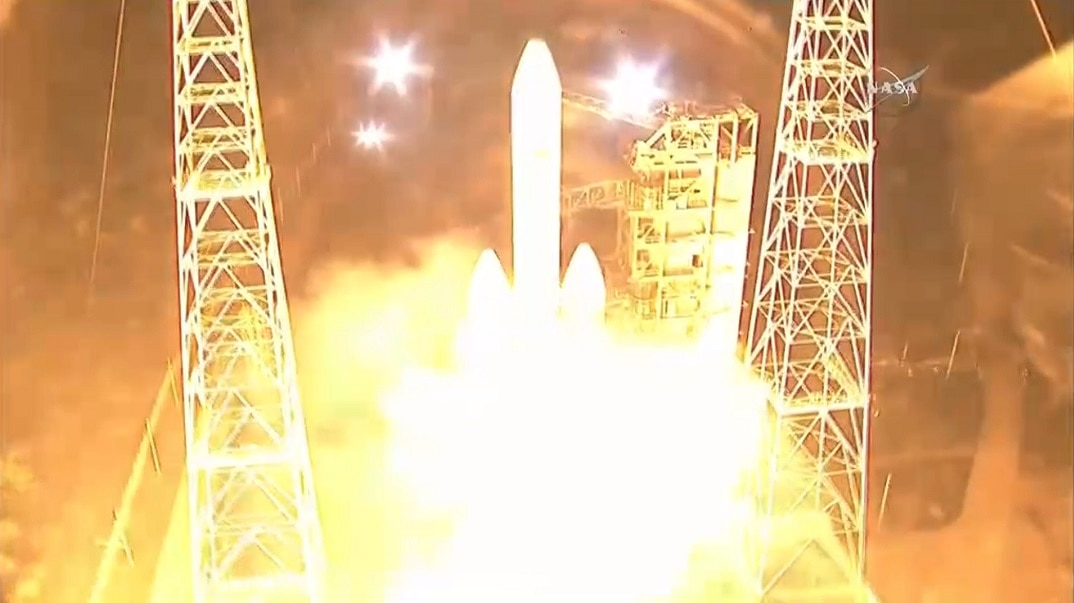 The Parker Solar Probe lit up the dark night sky as it blasted off from Cape Canaveral, Florida.

If all works as planned, the inside of the spacecraft should stay at just 85 degrees Fahrenheit.

The goal for the Parker Solar Probe is to make 24 passes through the corona during its seven-year mission.

“We are ready. We have the perfect payload. We know the questions we want to answer.”

The spacecraft is the only NASA probe in history to be named after a living person – in this case, 91-year-old solar physicist Eugene Parker, who first described the solar wind in 1958.

Parker said last week that he was “impressed” by the Parker Solar Probe, calling it “a very complex machine.” 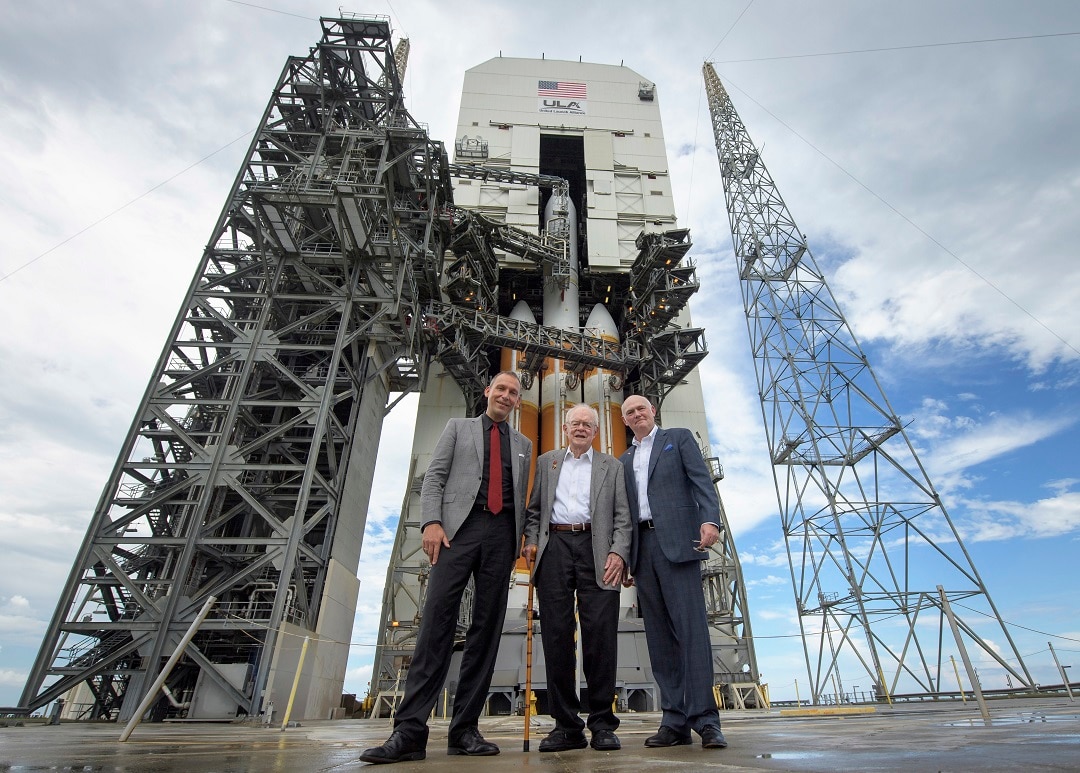 The probe is named after astrophysicist Eugene Parker (centre).

NASA chief of the science mission directorate, Thomas Zurbuchen, said Saturday that Parker is an “incredible hero of our scientific community,” and called the probe one of NASA most “strategically important” missions.

Scientists have wanted to build a spacecraft like this for more than 60 years, but only in recent years did the heat shield technology advance enough to be capable of protecting sensitive instruments.

Tools on board will measure high-energy particles associated with flares and coronal mass ejections, as well as the changing magnetic field around the Sun.

A white light imager will take images of the atmosphere right in front of the Sun.

When it nears the Sun, the probe will travel rapidly enough to go from New York to Tokyo in one minute — some 430,000 miles per hour, making it the fastest human-made object.

Explainer: What are tornadoes and why are they so deadly?