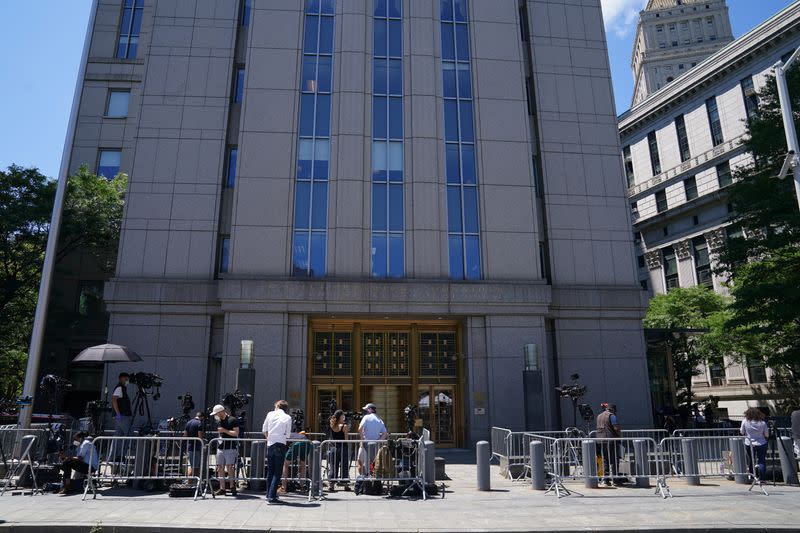 By Jonathan Stempel and Jody Godoy

NEW YORK (Reuters) – A U.S. judge on Wednesday forcefully rebuked federal prosecutors for a series of failures, including withholding exculpatory evidence, that led to the dismissal of an indictment against a banker who had been convicted of Iran sanctions violations.

U.S. District Judge Alison Nathan in Manhattan said prosecutors in the U.S. Attorney’s Office in Manhattan repeatedly violated their disclosure obligations and made misleading statements in their case against Ali Sadr Hashemi Nejad.

While the office ultimately admitted its mistakes, Nathan faulted its leadership for failing to “unequivocally condemn” the “significant errors” or ensure the Department of Justice’s Office of Professional Responsibility would look into the matter, including whether prosecutors acted in bad faith.

A spokesman for Acting U.S. Attorney Audrey Strauss in Manhattan declined to comment.

The decision is a black eye for the Manhattan U.S. Attorney’s office, long known for the quality of its lawyers, its independence from Washington, and its prosecution of high-profile cases involving Wall Street and other financial crimes, government corruption and terrorism.

“Those who stand up in court every day on behalf of that office get the benefit of that reputation – but they also have the responsibility to maintain it,” Nathan wrote.

“The Court commends the USAO’s admission of error and effort to do justice in this case by agreeing to dismiss the indictment,” she added. “Better late than never.”

Jurors convicted Sadr on March 16, after prosecutors had accused him in 2018 of using foreign companies to funnel $ 115 million through the U.S. banking system to Iran, in connection with a Venezuelan construction project.

The case disintegrated after prosecutors disclosed their inadequate disclosures to Sadr.

Revelations included an email where a prosecutor suggested the government “bury” a key document in a stack of other documents, and the improper use of a state-issued warrant to search for evidence of possible federal crimes.

Nathan dismissed the case on July 16 after Strauss’ predecessor Geoffrey Berman wrote “it would not be in the interests of justice” to continue prosecuting Sadr.

The judge ordered that prosecutors in Strauss’ office read her decision, and called for better training to ensure they understood their disclosure obligations and the limits of search warrants for digital evidence.

In a joint statement, Sadr’s lawyers Reid Weingarten and Brian Heberlig called their client “an honest businessman and patriotic U.S. immigrant who did not deserve the mistreatment he received from the U.S. government,” and said Nathan “correctly called out the prosecutors” for denying him a fair trial.

The missile, launched from an Iranian boat, missed its target and fell into the water, an official says