Australia must be ready for some “difficult stories” but Prime Minister Scott Morrison says the aged care royal commission will rebuild trust in the sector.

They will release an interim report into the aged care sector on October 31 next year, with a final report due on April 30, 2020. 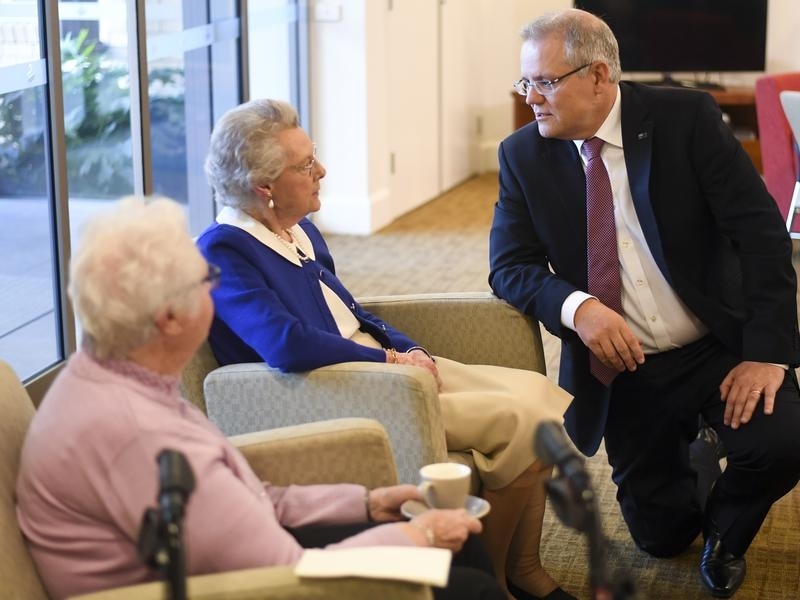 “But that’s part of the process of this royal commission, to confront these stories honestly.

“To confront them in a way that helps us learn, to ensure they are not repeated in the future.”

He promised a “future-focused” royal commission that will learn from the mistakes of the past, and instil a national “culture of respect” towards elderly people.

“The royal commission will be the first step in re-establishing the trust that loved ones will be treated with dignity and with respect,” Mr Morrison said.

The inquiry will be based in Adelaide, where shocking abuse of residents in the state government-run Oakden nursing home was first uncovered.

It will also undertake hearings around the country, and will take evidence via video.

More than 5100 people contacted the government about the terms of reference, which were released on Tuesday.

The terms require the commissioners to look at the extent of below-par aged care, and how to improve services for disabled residents, including young people.

The royal commission will also look at dealing with dementia, people who want to live at home, and a sustainable funding model for care and facilities.

Mr Morrison said he expected the royal commission would be finished within its time limit.

Labor aged care spokeswoman Julie Collins supported the choice of commissioners but said the government can’t wait to fix aged care issues until after the commission is finished.

Justice McGrath was appointed to the WA Supreme Court in November 2016, having held leadership roles in state and commonwealth prosecutors’ offices.

Ms Briggs was CEO of Medicare Australia and served as the APS boss for five years.

– To be based in Adelaide, but hearings will take place across the country.

– Honourable Justice Joseph McGrath and Lynelle Briggs have been selected as commissioners.

– Justice McGrath is a judge of the Supreme Court of Western Australia, while Ms Briggs is a former chief of Medicare and has served as the Australian Public Service Commissioner.

– The government received more than 5000 submissions and consulted with medical and aged care professionals before setting out the terms of reference.

– Quality and safety including the extent of substandard care.

– How to best deliver care services to people with disabilities residing in aged care facilities including younger people.

– How to best deliver care to the increasing number of Australians living with dementia.

– Future challenges and opportunities for delivering accessible, affordable and high quality aged care services, including people’s desire to remain living at home as they age, and aged care in rural, regional and remote Australia.

– What the government, the aged care sector, Australian families and the community can do to strengthen care services to ensure quality and safety.

– How to allow people greater choice, control and independence and how to improve engagement with families and carers.

– How to best deliver sustainable aged care services through innovative care and investment in the aged care workforce and infrastructure.

– Any matters that the commissioners believe is relevant to their inquiry.

Home flipping trend in the U.S. may have peaked